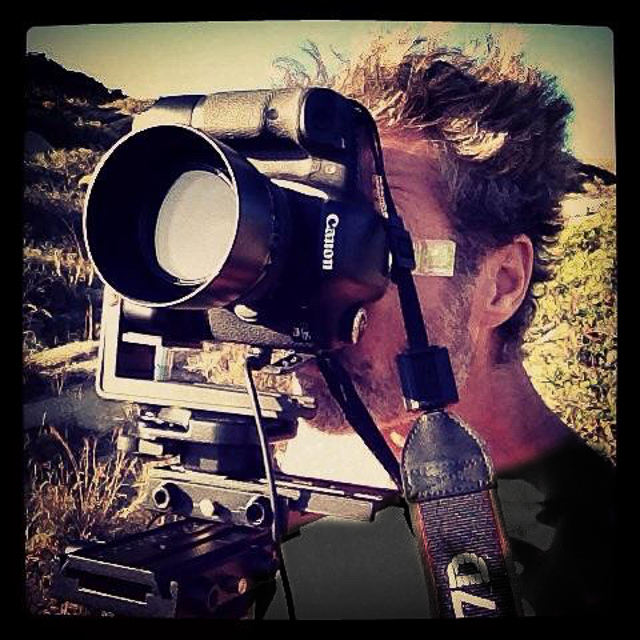 
Creating a panoramic photograph the slow way, by this I mean not using a phone offering the result in 10 seconds, requires investment in time and equipment, the heavy to carry for distances type. The advantage is control over final results and quality of images for eventual printing. The disadvantage is that it doesn't work when things are moving, like branches, boats and water, or my model's hair.

The reason for this is that a panoramic image taken the more traditional way requires a number of images to be assembled, or 'sewn together' with software, meaning those images need to be captured in succession with manual hand movements turning the camera from left to right or vice versa. These movements oblige time intervals which, no matter how small, see inevitable changes of details in motion. Imperfections caused by movement can be remedied, i.e. waves with irregularities but, more often than not, it's too difficult to create a natural feel.

Grey skies are also difficult: the software isn't up to the task of pinpointing enough elements to build the result. Also, the lower sun in fresher months often compromises outcomes from the beginning by forcing too much white light into one side of a multi-shot image; selecting exposure before shooting becomes complicated since the result could easily be an over-exposed left side followed by a pitch-black right.

With these difficulties in mind, the approach to panoramic photography becomes more specific, only done when conditions are right. The Cyclades islands are notoriously windy, limiting opportunities to just a few days per month, meaning that if during those few days there's an abundance of grey cloud, the chances of success are decidedly slim.

That said, I've enjoyed many occasions with the gear: climbing vertically several meters, getting stuck midway and having to grip onto thorns to reach a vantage point comes to mind, or leapfrogging over a chain of spine-like boulders on the top of a mountain with steep descents on either side.

At an exhibition I had on Ios, the late Professor Angelos Deliveries, former director of the Benaki Museum in Athens and a prominent archaeologist complimented the panoramic pictures on display particularly for their details and chronological value, which I appreciated, naturally.

and from Sikinos
Panoramic Views of Episkopi, Sikinos gallery

Lady by a Church in a Field, Ios
Panoramic Views with Visitor

Manganari Bay, one of my favourite viewing spots on Ios, faces south directly towards Santorini. There is no road to the top, nor a path. Fortunately, my model is as fit as I am and prepared to confront the aggression of thorns and rocks that slide underfoot.

The panoramic images of 'Lady Viewer High Above Manganari' are made up of 15 individual photos and though she was only several metres from me, because of the number of images involved, the final result naturally pushed the model further away. The higher the panoramic image, the fewer photos used in its construction; an image I created of Ios village and port using 25 pictures is almost 2m long when printed in order for its height to be the standard 25cm, quite a task when later mounting on a board!

Photographing the elegant female form inside the wild contexts of the Cyclades islands has been decidedly inspiring.

Panoramic View of Ios North Side