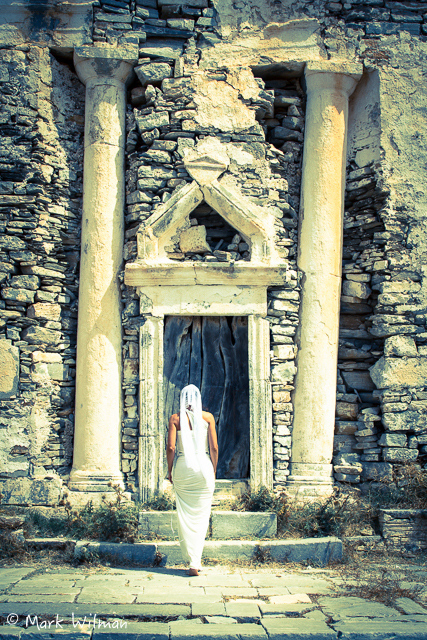 The centrepiece of the exhibition at the Aquarium of Milan.

Created in 2016 and part of a set of 3, this image is composed of at least ten individual photos to build a high quality result that can be printed at well over a metre in length. See the Introduction to Panoramic Views 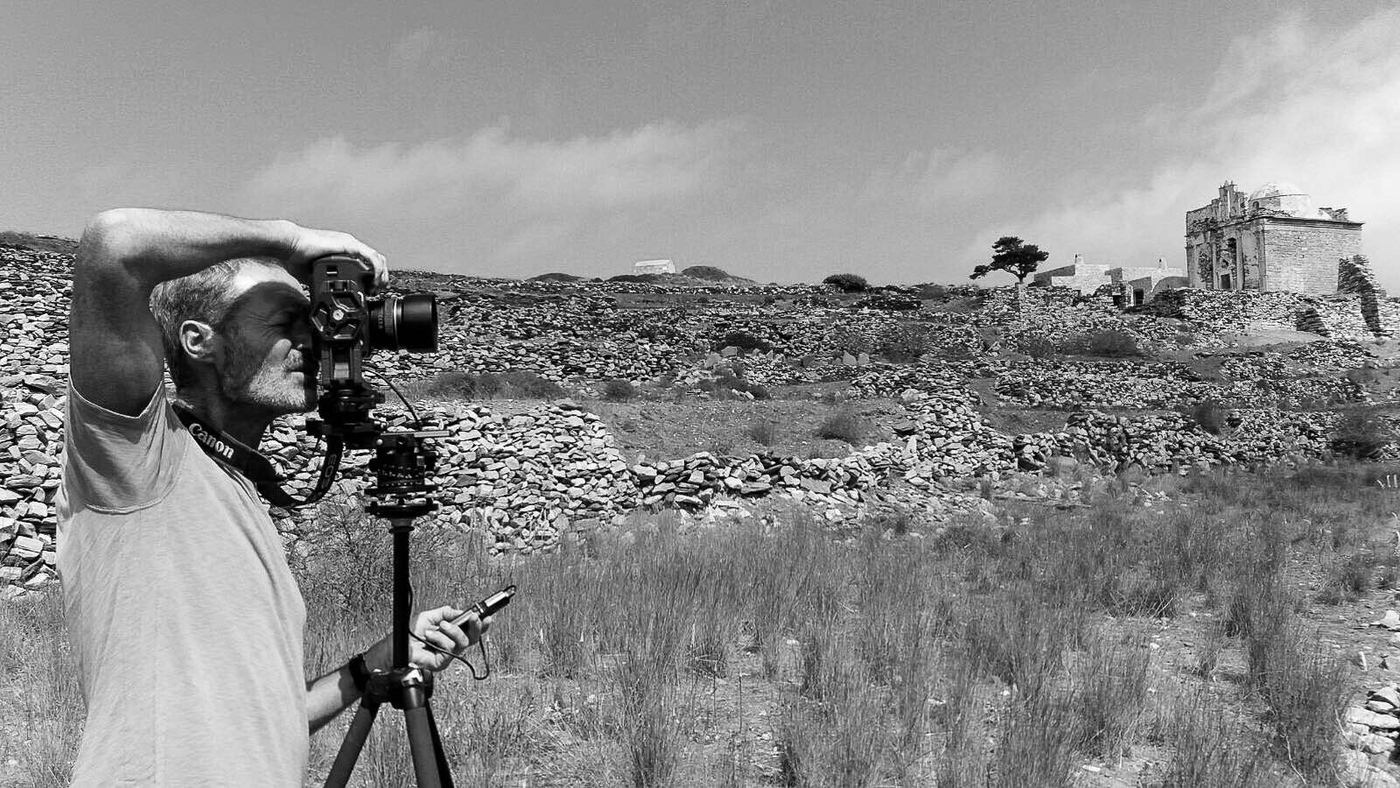 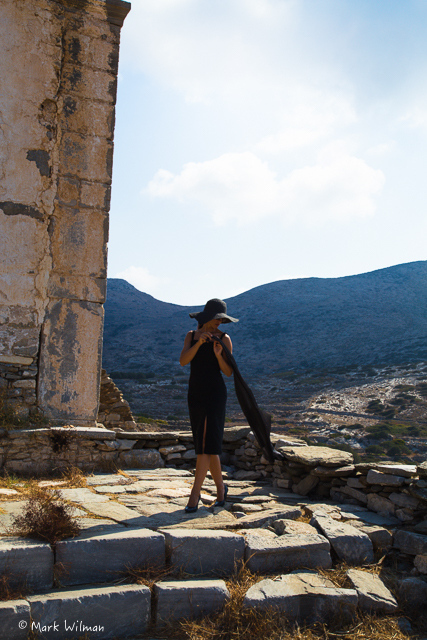 Photographed in 2016 some days before the 'Lost Lady of Sikinos, Neiko' set. My sensation was that the building had a feminine aura and decided to give the female figure the name of the church in this collection. 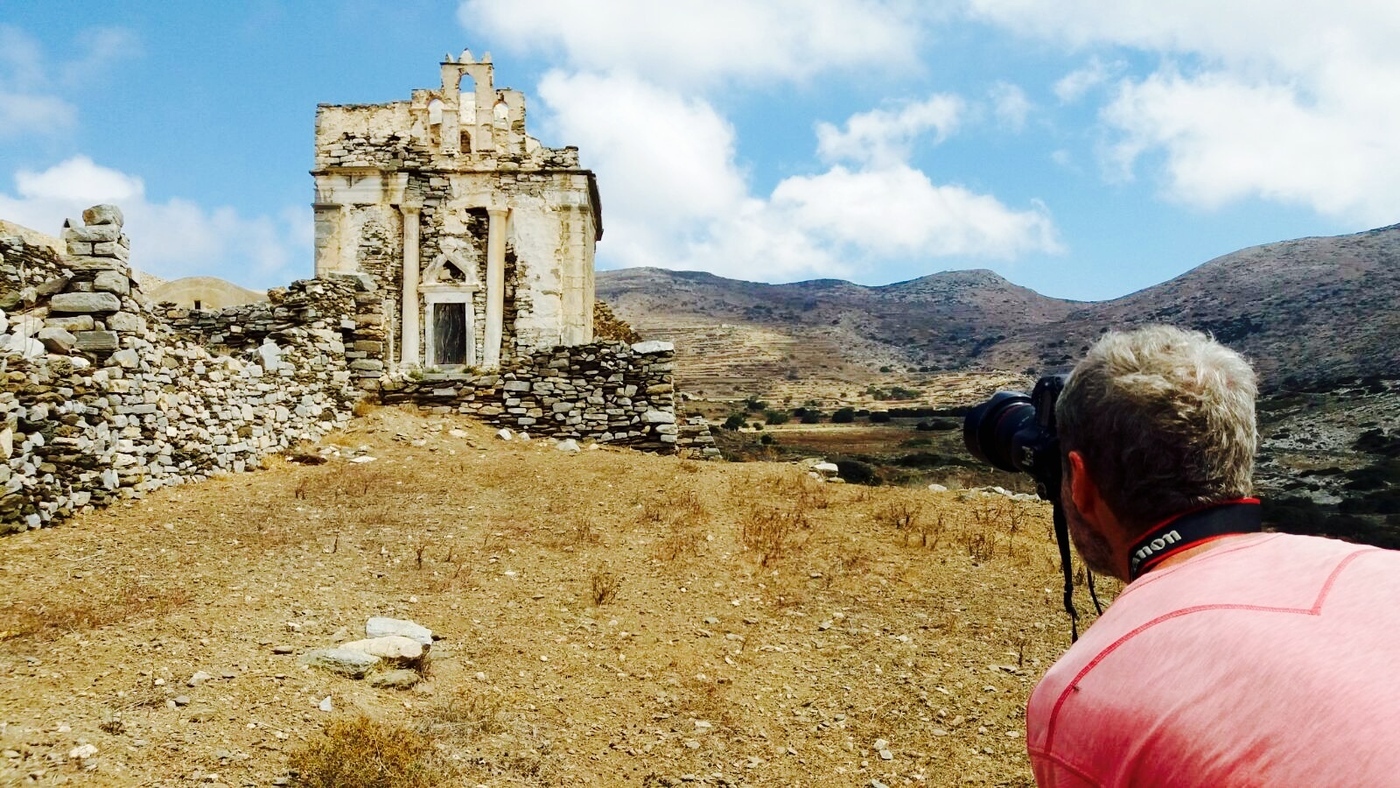 Introduction to 'Lost Lady of Sikinos, Neiko'
by Mark Wilman

My photographic work 'Lost Lady of Sikinos, Neiko' anticipated by two years a discovery of notable importance, in fact, one of the most significant archeological finds in recent Greek history (see the article in the Daily Mail).

In 2016, I photographed, the model in the project in classical dress at the church of Episkopi built 1.800 years ago on the ruins of a temple of Apollo in a remote part of the island from where Santorini, Ios, Paros, Milos and Folegandros can be seen.

The building resembles a temple and because of its height is considered unique in the Greek world.

In July 2018, during restoration work on the monumental structure, the tomb of a noble woman called Νεικω was found.

Undisturbed in a hidden part of the church, Neiko lay enclosed below the stone floor with golden bracelets, rings, a necklace and a brooch, together with green vases, metal objects and the organic remains of her clothing. The quality of the jewels indicate that she was an important figure in the island’s society. Until that moment, Episkopi was understood to have been built as a mausoleum for a Roman general of the 3rd century A.D.

Because the 'Lost Lady of Sikinos, Neiko' photographs precede the discovery, as data on the original RAW files will confirm, I conclude that this is the most significant set of images in my project 'Discovering the Beauty of the Cyclades'. The gallery is part of the 'Beauty of the Female Kind' section.

My twenty year friendship with the late Professor Angelos Delivorias, a prominent archeologist and director of the Benaki Museum in Athens for more than four decades, certainly had an impact on how I explored the archipelago; his explanations about antiquity were of great use encouraging my capacity to see natural landscapes differently and perceive human activity where it no longer exists. After several visits to Episkopi to better understand its character, I sensed a feminine aura and set to work creating a gallery called 'Episkopi of Sikinos' with the model solemnly dressed in black posing by the side of the church. In the later photographed 'Lost Lady of Sikinos, Neiko' scene, directly in front of the church entrance, she wore a classical costume used uniquely on that occasion.

After reading about the discovery of the tomb of Νεικω two years later, I contacted the director of the Ephorate of Antiquities of the Cyclades showing him the 'Lost Lady of Sikinos, Neiko' photos, which he found ''very interesting''. I appreciate his permitting me to quote his opinion publicly.

With permission from the direction at the Aquarium of Milan because of its unique characteristic of anticipating an important historical find, a photograph from the Lost Lady of Sikinos, Neiko gallery was selected to be the centrepiece of the exhibition which took place from 9th May to 5th June 2019 and was officially approved and promoted by the Department of Culture of the Milan Municipality.

See my interviews with The Greek Herald and Greek City Times where I talk about the 'Lost Lady of Sikinos, Neiko'. 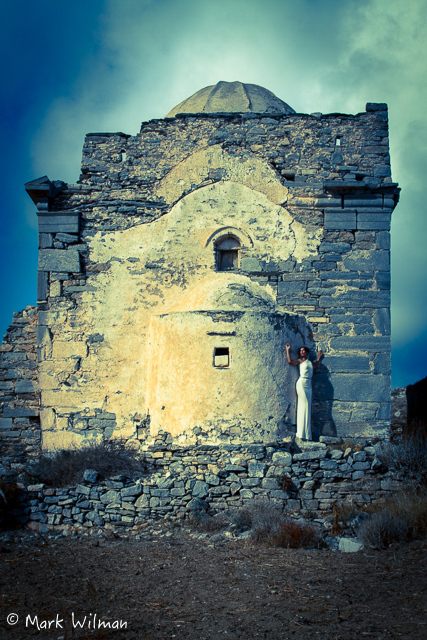 A photo from the Lost Lady of Sikinos gallery

The tomb of Neiko was found in July 2018 under the church of Episkopi on the inside close to where the model is standing in this photo, according to an archeologist who was present at the moment of the discovery. We met during a visit in September 2019 and I introduced the model to him as Neiko! 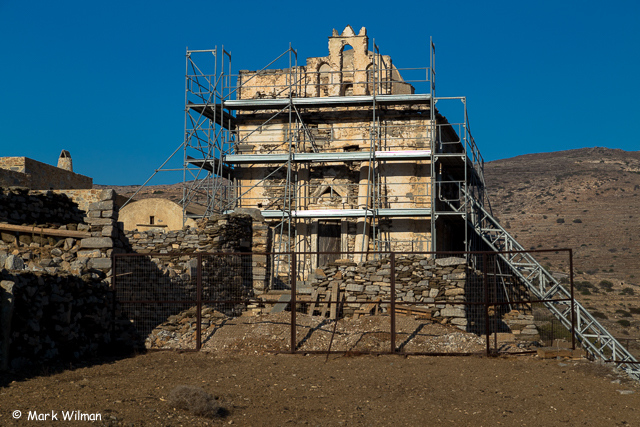 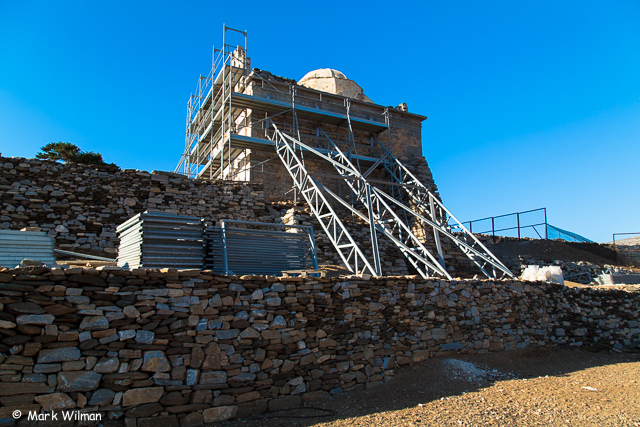 These photos I took at Episkopi in September 2018 show the external supporting structures in place since the year before.

See the article in ELLE Greece that discusses the 'Lost Lady of Sikinos, Neiko' photos and my exhibition in Milan. 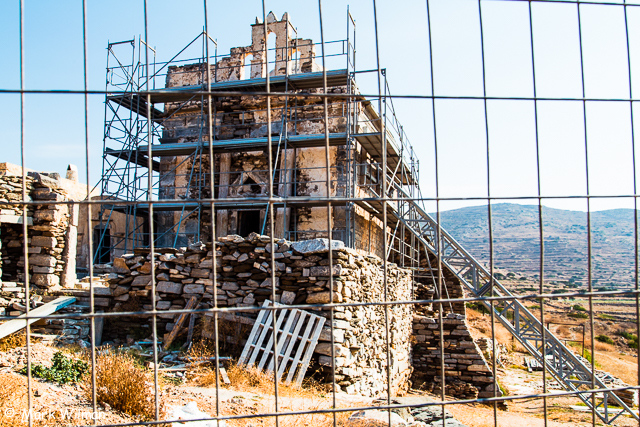 Episkopi in September 2019 - my most recent visit. The work on the church will continue for at least two more years. 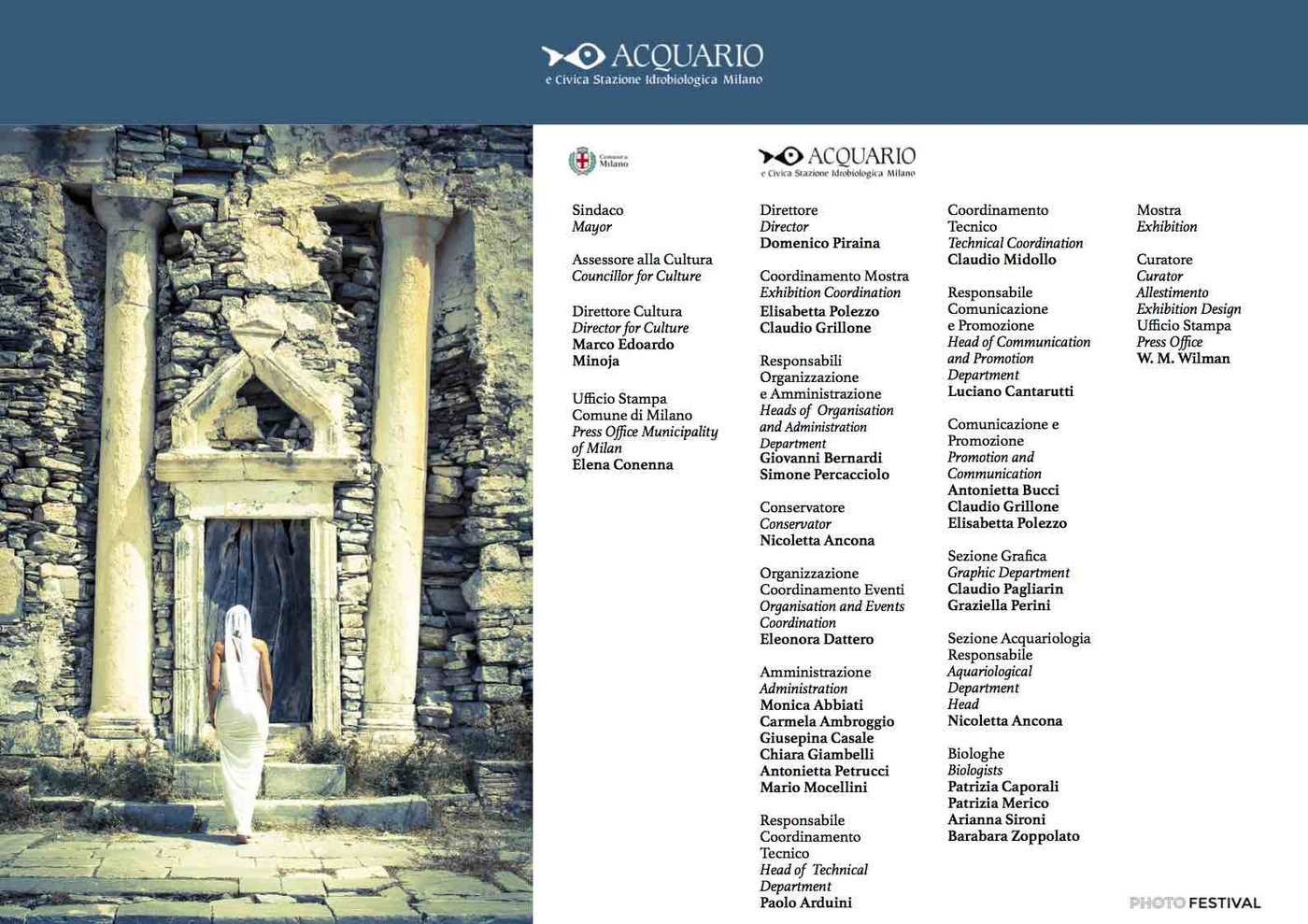 Colophon at the Aquarium of Milan exhibition